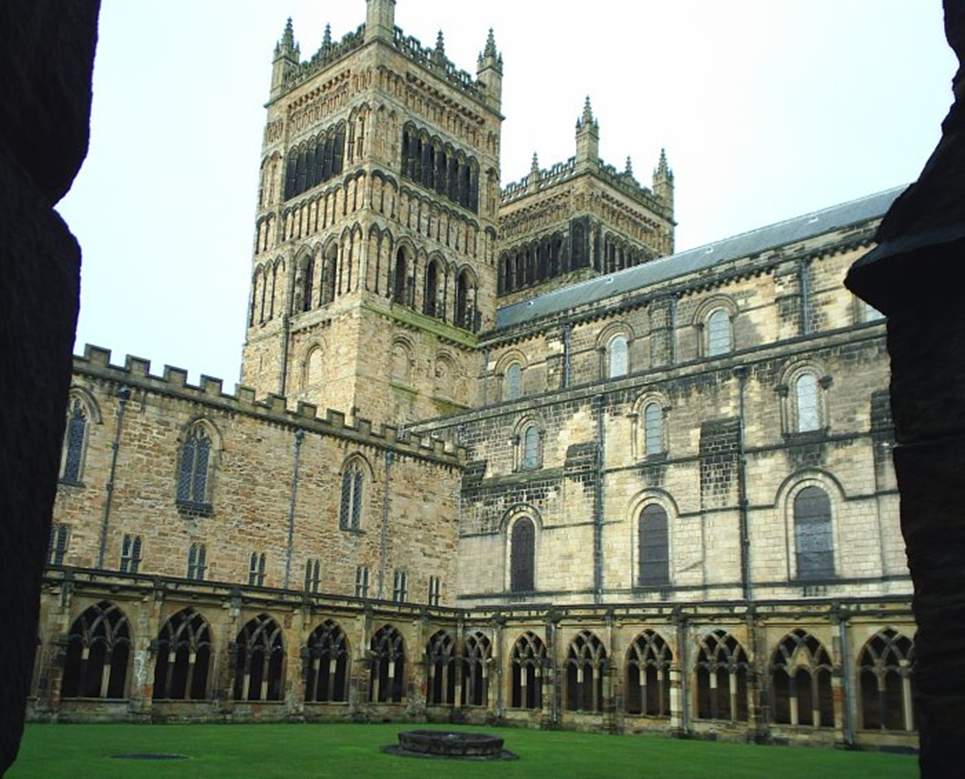 For over a decade, Durham Bat Group has been working with Durham Cathedral for the welfare of its resident bats. In particular, the group has organised a daily 'bat patrol' from late July through to early October when the cathedral cloister hosts an annual 'pipistrelle invasion'. During this period large numbers of bats - sometimes up to 50 at once - can be seen circling the cloister ranges after dark, and sometimes even during the day. Unfortunately many of these bats become grounded, which is why the group, in conjunction with cathedral staff, carry out daily inspections to recover grounded bats for care and rehabilitation.

Not all grounded bats are discovered in time, but the majority of bats picked up by group volunteers regain the power of flight and are subsequently released. The number of groundings at the cloister varies considerably from year to

year - 2017 had the second largest so far recorded, with 210 grounded bats, 137 of which were rehabilitated and released.

Numbers of bats grounded and rehabilitated 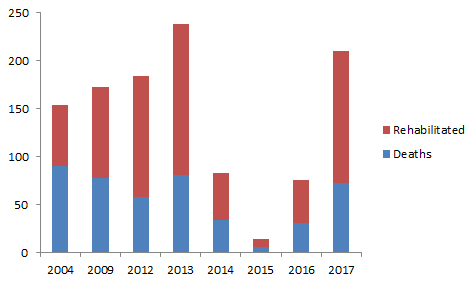 Many species of bats swarm at underground sites in the autumn, and this is thought to be connected with mating. Only Common Pipistrelles invade buildings, however, and the swarms consist almost entirely of females and juveniles, so cannot be related to mating behaviour. Instead the explanation seems to be that breeding females start to visit potential hibernation sites accompanied by juvenile bats once these start to fly. In this way the juvenile bats can memorise the locations of hibernation sites before they become independent.