Yesterday Durham Bat Group held it's AGM at Lanchester Community Centre, with attendance by over a quarter of the membership. No less than 25 bat fans packed into a small back room - more than twice as many as last year - due in no small part to a great effort by the Club Trainer Clare Rawcliffe to encourage attendance. Well done Clare! We now have a club committee elected and are good to go for the upcoming bat season.

The meeting featured a talk by the Club Recorder David Sowerbutts on the Bats of Durham, which featured maps of the distribution of roosts, hibernations sites and other records of all the bat species of County Durham, according to the group's huge database of records. 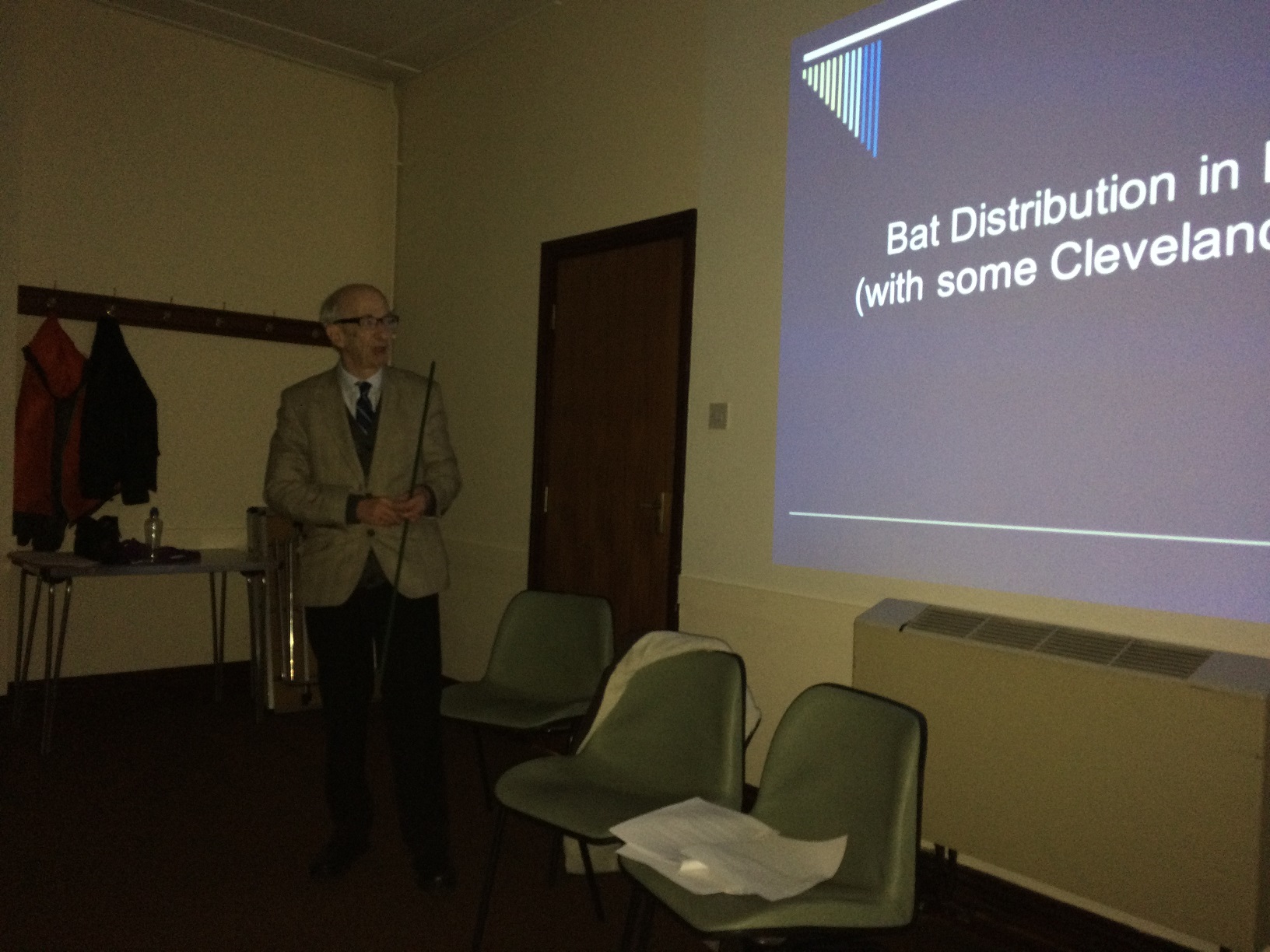 David Sowerbutts speaking at the AGM on 20th February

David is also a keen ornithologist, helping to run both the Durham Bird Club and the local RSPB group, and is the local rep for the British Trust for Ornithology, whose Jubilee Medal was awarded to David in 2016. If that were not enough, he also organises the annual count of the nationally rare Dark Red Helleborine at a local site for the Durham Wildlife Trust.  You can follow David on twitter @dls60843.